Building Autonomy for a Bolder Strike: Report Back from the UCU Pensions Dispute 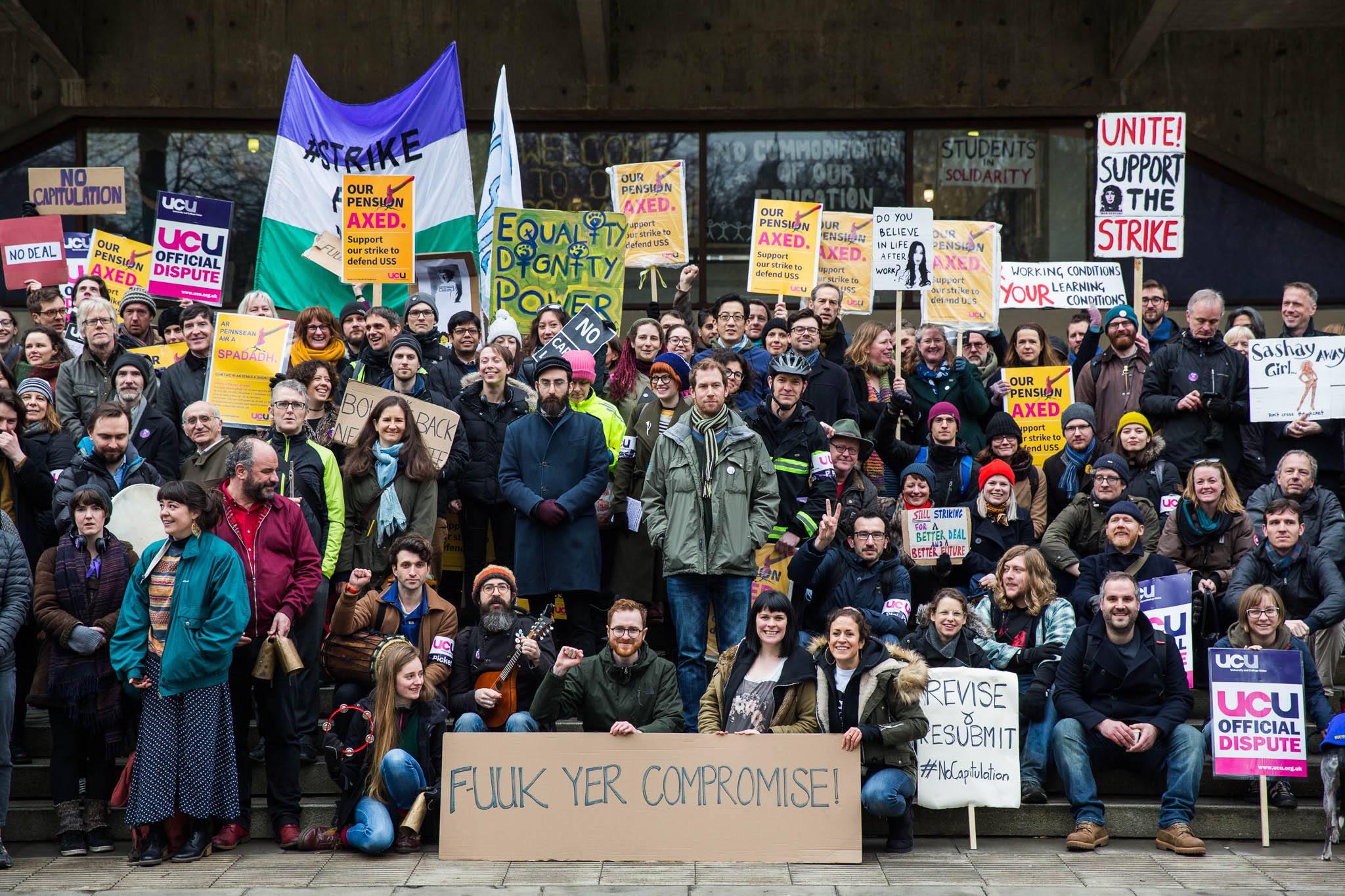 Four and a half months after the end of the University College Union (UCU) strike, where are we at?

Firstly, the pension dispute which started this strike has not been resolved. Instead, a vague agreement has been made to review the debatable valuation used by the pension company (USS) to propose major changes to the scheme which disadvantage the workers. The review results will be available in April 2019 and this agreement does not guarantee anything. Secondly the UCU membership increased substantially overall, and spectacularly in certain branches. Thirdly, members became much more assertive and developed informal groupings to undertake gradually more politicised discussions on important UCU matters across branches. Fourthly, all these processes fuelled a powerful desire for the democratisation of the Union structures which exploded during the UCU Congress in May, when motions questioning the Secretary’s ability to run UCU were introduced, and the leadership responded by shutting down Congress.

Where is this going? Three academic workers from three different universities compare notes and try to understand what it will take to push this struggle to the next level. Should we need to run a new strike next April, what types of autonomy is possible to build between now and then, so that the new strike is bolder, and we win?

To get a flavour of the atmosphere during the period of the strike and the quality of solidarity offered to striking staff by supportive students you could check: