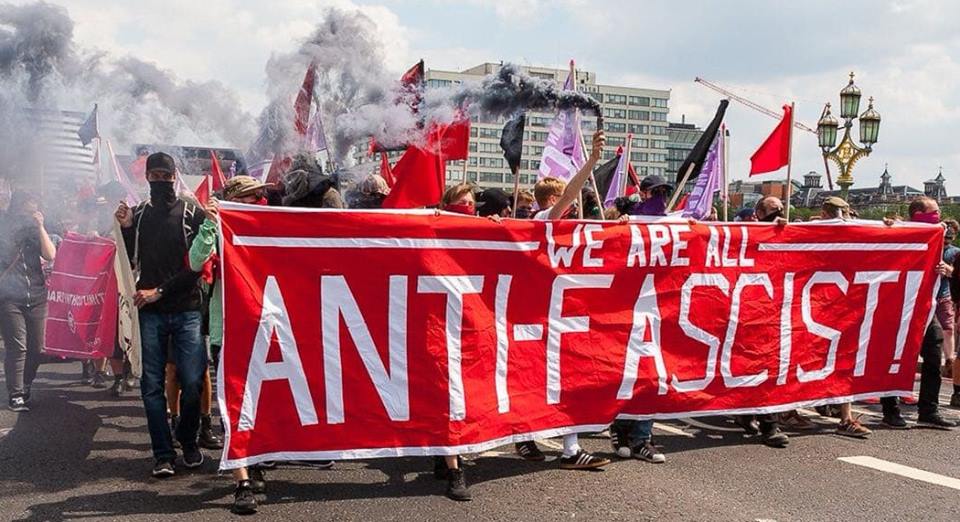 It is vital that we acknowledge the acute need for effective opposition to new forms of fascist and far right organisation that are currently emerging globally as well as within the UK. In the wake of increasing isolation, precarity, techniques of control, and state violence, fascism is changing and growing exponentially. While not denying the good work that has been done, we need to acknowledge our failure – and the left’s failure – to fully and adequately respond to this. To revert temporarily to the old militaristic cliché, we are winning many battles but risk losing the war.

We don’t intend for this discussion to mean that we must replace old forms of organising against fascism. We are hopeful that what might emerge from a discussion about the problem in this way is an expanded arsenal of techniques which can be used against the far-right, better sensibility about which ones are best deployed in different situations, and how we can increase the complexity of our strategy against the far right by using inventive forms of opposition alongside more direct intervention.

This session, lead by Plan C members, will involve a collective discussion around new forms of strategic intervention that can challenge the narratives being propagated by the far right. Following this, we will have a breakout session where groups can work together on developing creative and novel ideas. Finally, we will round up with collective feedback and discussion, ideally in a manner that can form associations that make practical plans to put these ideas into practice.