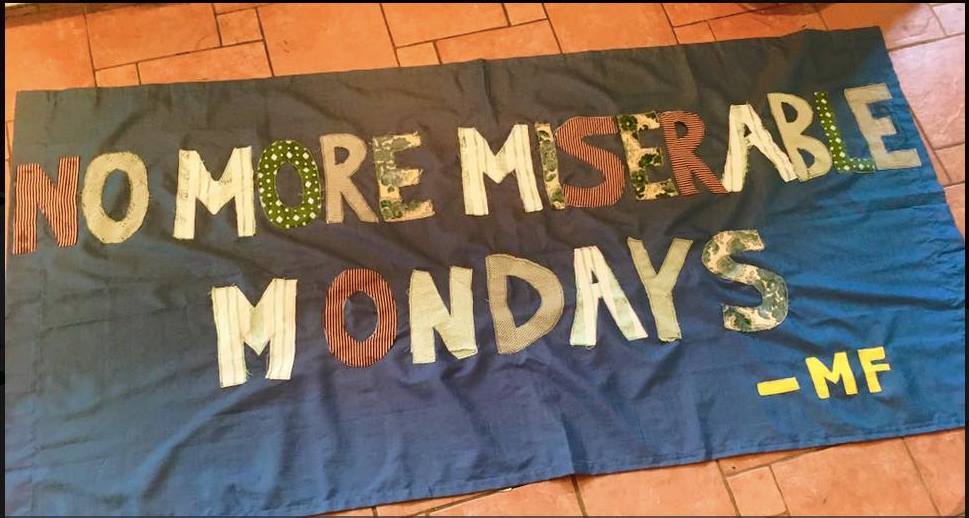 This is the text of the speech delivered by Plan C member,Camille Barbagallo, at the opening of the first plenary of Fast Forward Festival 2017.

Welcome to the third Fast Forward Festival. We have a fantastic opening plenary planned for this evening which takes up the question of the commons and what it means to organise today. Tonight, we are really happy to have Liz Fekete from the Institute of Race Relations – one of the UK’s most important and radical institutions that investigates racism and race relations. Her presentation will be tracing some of the connections between anti-fascist organising and the commons. We have contributions from Silvia Federici and Stravos Strivrides – who could not join us in person but have sent texts and videos to contribute to the task of how we redefine the commons. And Seth Wheeler, who was a founding member of Plan C – who will be exploring some of the connections between our recent experiments with the strategy of social strikes and the necessity of building the commons for struggles inside and outside of the wage.

The Fast Forward Festival – which this year has over 280 people attending is a political festival. Its a collective contribution by Plan C and its an experiment in developing new forms of politics and social life where we can ditch work for the weekend, look after our kids, drink and come together to develop the necessary strategies, tactics and ideas to take us beyond the current horror show that is neoliberal capitalism. It is a form of radical infrastructure for reproducing the left. The commitment and energy that is required to host an event like Fast Forward is directly connected to the history of why Plan C was established. In many ways Plan C developed – in fits, starts, and uneven ways out of our shared frustration with the forms of political organisation and capacities of the radical left in the early 2000s. In establishing Plan C we wanted to break with the impasse, we wanted to develop new forms of organisation, content and leadership that was neither the traditional Leninist Party nor the Activist Network Model. What we shared was a commitment to experiment and what we hoped for was to learn from our mistakes and not just keep repeating them. So, as a provocation, I would say that the experiment of Plan C was about making a politically unsafe space. In that we were tired of the stale, safe left tactics and politics that had either ceased to work or had in fact never worked. At the heart of this experiment has been an ongoing confrontation with the politics of social reproduction – which was itself a break with traditional and, dare I say male dominated, left politics.

We didn’t start automatically or unquestionably from the perspective and concerns of capital. Actually we started from the inverse – we started with labour, with the conditions of our lives under capitalism. Its not just that our perspective as labour is different to that of capital – its that we consciously started with our struggles and how we currently make and remake ourselves and others. Driving all of this has been the desire to find ways to be able to make ourselves differently. One of the things that bringing the politics of reproduction to the centre of our analysis does is that it makes certain labour visible. It makes visible all the work that we either don’t notice, or the things we see as “just a part of nature” – usually female nature. Like the labour of doing the childcare so I can give this speech, or cooking our food all weekend, or cleaning our rooms and the site when we leave. In the spirit of inverting the order of things – let us not leave saying thank you to our ‘housewives’ until the last day – join me in giving our thanks to all those who have made this festival possible.

Our politics of social reproduction – that gendered and racialised work of cooking, cleaning and caring, that makes both people and workers – has developed over the last six years. We have as they say – come a long way. And now the politics of social reproduction connects to our current investigations and organising efforts concerning the future of work, automation of labour and our capacity as the modern working class to struggle inside, against and beyond the wage.

So, in returning to the memory and histories of Plan C I want to take the opportunity to publicly acknowledge a profound absence – that of our comrade and dear friend Mark Fisher. Who as many of you know died in January of this year. I want to do so because like with everything else we do I want to find new ways of grieving, of confronting death and in doing so weave Mark’s ideas, his energy and his politics into the very fabric and structures of our organisation. And because we don’t just mourn our dead with a minutes silence but with a life time of struggle. For me that means tracing the connections and moments of conflict that produce us, that affect who we are as radicals and as an organisation.

I want to discuss really briefly two of Marks contributions – many of his other contributions will be discussed through the festival. Firstly his insistence and openness about discussing mental health and the urgent need to continue to talk about it, support each other and crucially to organise around the question of capitalism and its devastating affects on our mental, emotional and physical health. And secondly to continue to speak out against the now widespread toxic culture of bullying, doxing and ‘calling out’ those who might disagree with us, or whose behaviour is deemed in Twitter language to be ‘problematic’. The disgusting levels of bullying, hounding and harassment that Mark was subjected to after he wrote Exiting the Vampire Castle needs to be named for what it was – violence. And we need to develop a new political culture that won’t tolerate that bullshit – whether online against your favourite radical media spokespeople or even I would argue against someone you don’t particularly like – its a political set of ethics, not a popularity show. Such a new political culture needs to have at its centre a commitment to care and transformative justice – one that takes instances of sexual, racial or physical violence as an injury to all. But equally where our desires for shaming, revenge and punishment have been exposed and challenged, It should be clear by now that if we are to reproduce a healthy self-sustaining movement we need to be careful with each other so we can be dangerous together. This work is complicated and often not so visible, but its everyone’s problem. Not just the victims of violence, not just women – all genders have a stake and role to play in combating and dismantling the normalisation of violence within our communities and families.

It would be a cliche to say that the twenty or so of us who started Plan C six years ago could not have imagined that we would be all here tonight. A cliche and also bullshit – we certainly did imagine it – but we all should have been here years ago – all of us. The state of the world around us – economically, socially and ecologically demands so much from us. So if the first phase of Plan C can be remembered as a process of political and organisation recomposition – in which we built the internal structures of a revolutionary pluralist organisation – which is just a fancy way of saying we disagree a lot and that is actually OK and kind of healthy. Then I want to make an argument that the period from the first Fast Forward Festival in 2014 was one in which we – in typical Plan C way – i.e. in a messy and uneven way – developed a number of shared political horizons – the social strike, the commons, social reproduction, directional demands, radical municipalism, transformative justice, This list is not exhaustive nor is it complete. In periodising our histories – I am not attempting to draw sharp boundaries – and besides, I am afraid comrades that phase one never ends, and neither does phase two. The question then is what shall define phase three. I want to make an argument that what we need to do is develop the collective courage and confidence to hold onto our pluralist structures, and continue to develop shared political perspectives and take the leap into dedicated and nationwide organising and radical planning. Tonight’s presentations and discussions begin from the question of how we build the commons and how the commons intersect with our plans to build counter power. These questions, are indeed problems that flow through the entire festival and they will follow us back to our current struggles at work, in our efforts to connect with the thousands who have been politicised and energised by the Corbyn campaign and into our everyday struggles for decent housing, access to education, against police violence and debt. As bleak and horrific as much of the world seems, the opposite is also true. Thousands of people are convinced of socialist and communist ideas. To move with them and build on such tendencies requires organising and radical planning – that is the basis of our counter power.