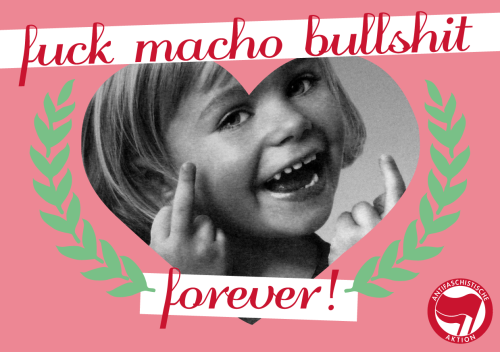 Contemporary far-right movements are reacting to the global surge in interest in feminist ideas: the Left, antifascists and feminists must respond.

On the one hand, there are far-right movements which seek to attack feminism. They blame feminist ideas for eroding masculinity and marginalising men, which, in their view, renders society incapable of defending itself from outside ‘threats’, particularly migrants and the ‘islamifacation of the West’. ‘Alt-right’ personalities like Milo Yiannopoulos have made careers spouting both racism and misogyny; terms like ‘cuck’ or ‘cuckold’ have resurfaced; and in the run-up to the recent vote to legalise abortion in Argentina, pro-choice campaigners have been attacked by visibly fascist men. The ‘incel’ subculture which declares men are entitled to sex from women, has carried out attacks and become linked to conventional racist, far-right groups.

On the other, we have far-right groups that appear use feminist narratives and side with the victims of sexual abuse, but in reality are only exploiting victims to further their ethno-nationalist agendas. In the UK, racist groups have mobilised against ‘grooming-gangs’ in towns like Rotherham and Telford, to portray black and Asian men as inherently more prone to committing acts of violence. On the continent, groups like ‘120db’ have campaigned against ‘imported sexual violence’, again racialising abuse by men and letting patriarchy off the hook. An ecology of far-right organisations has formed across the UK and continental Europe, cross-pollinating and supporting each other in a quest to weaponise the abuse of children and women, calling for tougher border controls.

Despite the sudden intensity of the far-right’s focus on feminism and gendered violence, none of this is new. Patriarchal and sexist values have always been intertwined with racism at the core of far-right ideologies. Women are seen by classical fascists as homemakers: mothers and spouses whose job it is to reproduce the white race, within the heteronormative family unit, under the protection and control of men.

This session investigates all of the above, and aims to make the case that antifascism needs to be explicitly feminist: in support of victims of abuse; against racism and sexual violence. We need a new, feminist-led antifascism, and with the inspiration of the Kurdish women’s revolution in our minds, now is the time. The workshop will be led by antifascist comrades from RS21 (Manchester). After the presentations, there will be time for a discussion.