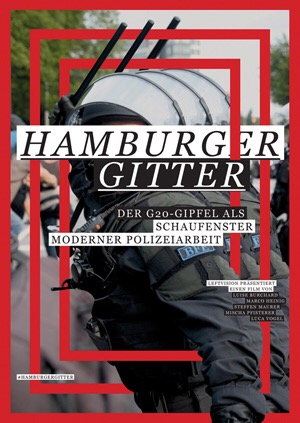 A year ago, the G20 summit took place in Hamburg. The mayor told locals that the summit will go unnoticed. Fat chance. Tens of thousands of people came and took their protest against the ruling class to the street. What Hamburg saw was one of the biggest protests and riots in the history of the federal republic. During the protest and especially afterwards, the state released an unprecedented wave of repression. The film Hamburger Gitter takes a closer look at the protest and police tactics, and shows the side that went unnoticed; Featuring lawyers, activists and organizers.