Fast Forward Workshop: How I Learned to Hate the Fascists 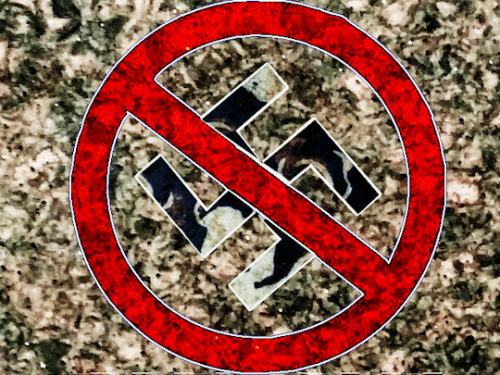 How I Learned to Stop Worrying and Hate the Fascists

Since the takeoff of Donald Trump’s presidential campaign in late 2015, the radical left has been increasingly perplexed by the ‘success’ of the far right. This emergent status anxiety can take a number of different forms. Disorientation in the face of the far right’s ‘counter-cultural’ anti-authoritarianism blends with envy of its self-assertive ‘confidence’, while elsewhere disenchanted revolutionaries have endorsed the alt-right’s criticisms of the left and called for a re-appropriation of its aesthetics, a refurbishment of its account of technology, or a reingestion of its sense of ‘fun’.

This presentation by some of the members of the Shut Down LD50 group will try to distinguish between these different organizational, sociological and cultural ‘learning processes’ and show why each needs to be resisted. We will argue that most of them have deep roots in the historical far right, which has always contained currents whose conscious strategy it has been to pitch themselves as the ‘enlightened’ or ‘rational’ realization of left-wing aspirations and political forms. After a brief sketch of how the most recognizable tendencies of the new far right (the ‘alt-right’, ‘Neo-reaction’) derive their ideologies from the European fascist movement of the post-War period, the presentation will focus on the fundamental aims of the far-right fringe, its designs on the cultural ‘mainstream’, the reasons why it remains antithetical to any mass anti-capitalist politics and the best strategies for diminishing the influence of its various high-profile publicists and sales reps. Finally we will offer some comments on the kinds of problems that can arise from the apparently open-minded assertion that the left has ‘failed’ and that the prominence of the extreme right is evidence enough that we need to ‘learn from it’.

The fundamental purpose of the presentation is not to waste anyone’s time profiling fascist c-listers or splitting hairs between bad and worst. What we want to do instead is to open up a debate about how the radical left can develop an open and self-critical orientation from out of the resources of its own best traditions.

Other issues to discuss: the meaning of ‘no-platforming’, the alt-right and irony, relations between fascism and libertarianism, misogyny, ‘meme culture’, free speech, and radical inquiry vs. inadvertent promotion.