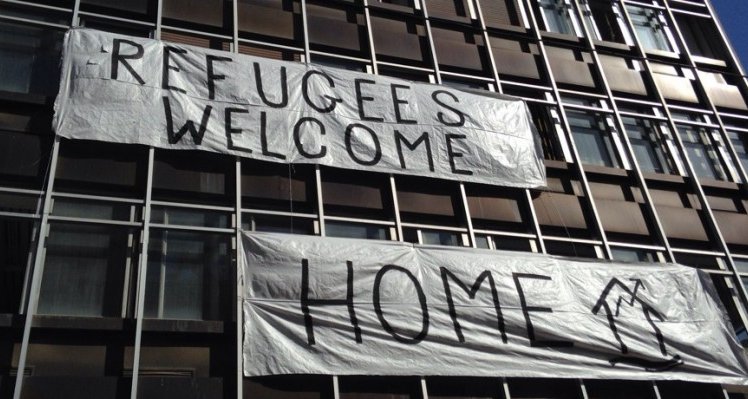 In this session, we will be joined by comrades from Greece and France, who will describe the movement infrastructure projects they’ve been involved with and seen. We will look at the impact of these projects on resistance in their respective countries, and the potential for building transnational connections providing flows of material support within the movement.

The comrade from Athens has experience with the warehouse supplying the migrant squats in the city. In the past four years in Greece, a multitude of grassroots collectives and groups have been trying to support those affected by the so called “refugee crisis”, within the context of the crisis of austerity. The presentation details the grassroots tools used to build collective autonomous infrastructure, and explains the methods employed to create alternatives to the capitalist NGO’s. What are the day-to-day logistics involved in running such large-scale projects, the current needs of the movement and its limits?

Our French comrades take the perspective that thinking about and building autonomy is a prerequisite for struggle at a higher intensity. Looking at the ways in which struggle has continued after the movement against the labour laws (Nuit Debout), the case is made that assemblies formed between struggles, the organising relationships formed and the physical infrastructure of squats and social centres, has greatly prolonged and strengthened the movement. However, this existing infrastructure is not enough, and neither is the current level of resistance. If we are to win, we need to practically implement our politics and take concrete means of action to feed our movement, house our movement, grow the movment, educate the masses and fight back.

The session will end with a discussion on how we can begin to build the infrastructure for the reproduction of the working-class movement on a transnational scale, and significantly increase our capacity to build the world we desire.