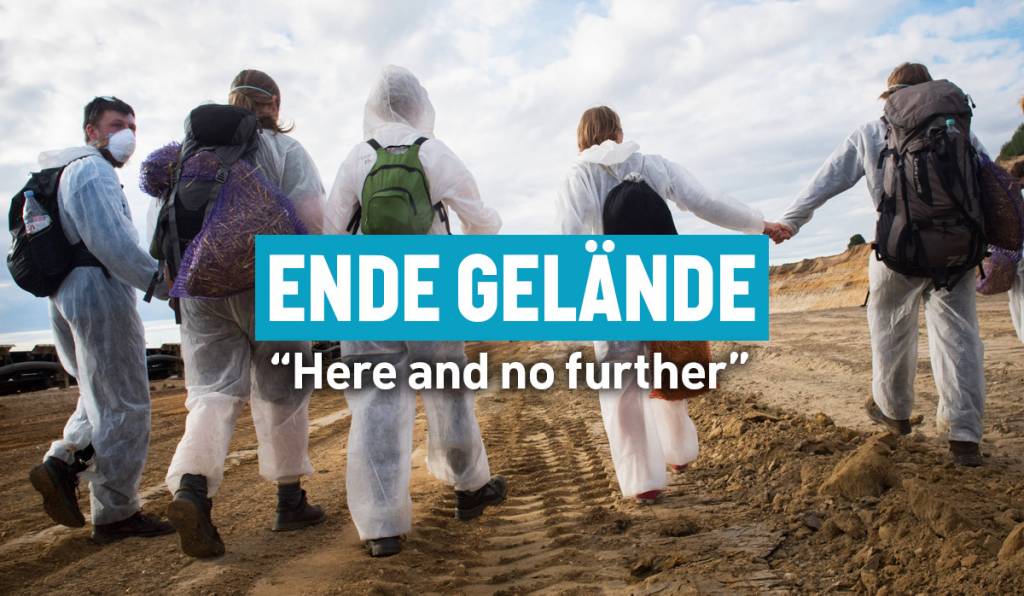 In May 2016 four thousand people from across Europe came together for the second Ende Gelände direct action camp near the German town of Lausitz. For three days we severely disrupted the mining, transportation and burning of coal by the company Vattenfall. The power station had to be reduced to a 20% running capacity which caused significant logistical damage to capital and never before done off the back of a protest. This was the largest climate camp of it’s kind in environmental movement history.

This action happened a week after the Reclaim the Power (RtP) End Coal Now mass action in Merthyr Tydfil which resulted in the coal mine there being shut down for a day. Contrary to many people’s assumptions this action was greatly supported by the local community despite this community’s history with the coal miners’ struggle in the 80s. This action signified a break from RtP’s previous years tactics of often secretive, exclusive and inaccessible small affinity group actions in favour of a mass open action. It can be said that the success of the first Ende Gelände camp in the Rhineland region of Germany in 2015 hugely influenced the formation of the camp in Wales.

This August there will be a third Ende Gelände camp returning to the Rhineland in Germnay. It is expected to be very large again and cause a huge amount of damage to the functions of fossil capital. Currently there is also a rolling blockade of the Cuadrilla fracking site in Blackpool for the month of July. It sees the working class community resistance of Frack Free Lancashire or ‘The Nanas’ working again with Reclaim the Power to stop the development of fracking there.

This workshop aims to understand the organisational successes of Ende Gelände and the German climate movement as a whole to compare and interrogate the current trends within the British climate movement. Many of the criticisms of the Climate Camp movement of 2006-2010 have not been adequately addressed within Reclaim the Power and yet RtP has taken inspiration from the German climate movement. How is a long term ecological struggle built that doesn’t rely on one-off action camps? Discussion will include the work of Fuel Poverty Action in London as a sustained working class energy struggle. How do workers’ struggles and climate struggles coincide? Are they necessarily diametrically opposed? How does the new Corbynist Labour Party manifesto pledge to stop all plans for fracking in the UK affect the ecological struggle in the UK?