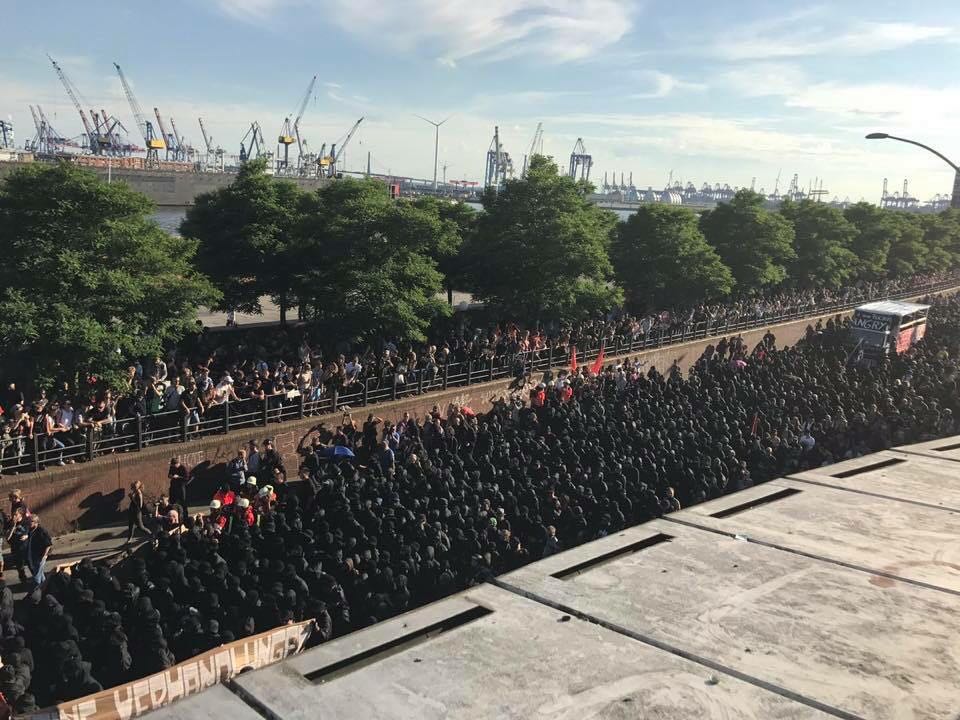 Mass protest and the future direction of anti-authoritarian internationalism

Presented by Beyond Europe (a network Plan C is affiliated to)

Beyond Europe is one of the best networks of transnational organising on the international left in Europe and beyond, the only network to place a systematic critique of capitalism. Greece, Germany, Cyprus (North and South), Austria and the UK are all represented in Beyond Europe, and there has been joint organising with Switzerland, Belgium, the Netherlands and a Nordic anti-national alliance with organisations from Sweden, Norway, Denmark and Finland.

But the common basis for future organising needs to be carefully reworked. So far all activities remain practically weighed down by organising towards ‘counter-events’, designed to attack capital’s infrastructure. This much took place at the recent G20 summit in Hamburg, where the response of armed forces was unprecedented for Germany in more than one respect, while demonstrators’ tactics remained largely the same. On the other hand, Beyond Europe staged a flawless action that shut down the port of Hamburg – away from the red zone – for four hours by blocking all major roads that delivery trucks use to get in and out of the harbour. Acting in the spirit of a ‘city strike’, we came together to show how our practical solidarity, when aimed at the logistical lever of capitalism, could threaten the whole system at its core.

It is obvious that there is a growing need to disrupt the flow of things that make people conduct their business as usual. But the rapid rate of technological development available to armed forces eager to replace workers with machines begs important questions about the long-term viability of summit protests. How we scale up our actions also determines the scale of a police response, and the logistics and infrastructure deployed by both sides.

In this workshop we will discuss new avenues of resistance. How can joint analyses of logistics, workers’ inquiry and the socialisation of strike help us define the future direction of anti-authoritarian internationalism? How can we plan social disruption strategically across borders for a communist world free of domination, where an alternative and ecological kind of global logistics serves the needs of self-organisation?

We will hear from Berlin Migrant Strikers (Germany) about the technology and logistics of mass mobilisation and repression and the presentation of a call for “Block Black Friday” – a joint action against Amazon with Amazon workers in Germany. Other contributors include: Ta Paidia tis Galarias (Greece) and Syspirosi Atakton (Cyprus).

Summits
a. How many summit mobilisations can your organisation participate in each year?
b. Is this participation sustainable in the long term?
c. Do most of your members feel able to take part?

Internationalism
a. How easy do you think it is to make headway in your context with the results of practical international solidarity?
b. How many of your members engage in internationalism practically?
c. What are the biggest barriers to this participation?