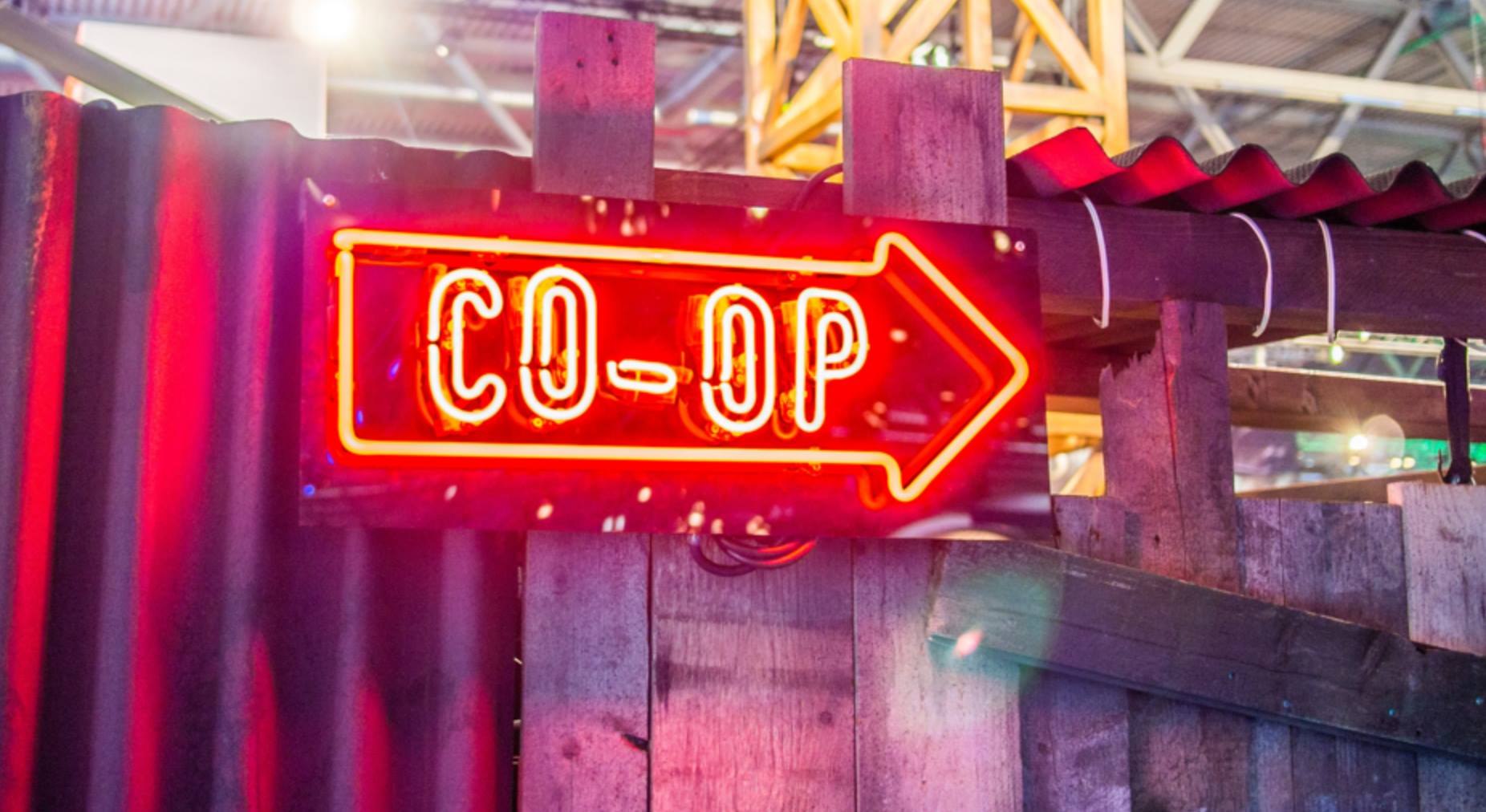 The modern co-operative movement emerged out of several attempts to explore forms of organisation aiming at fulfilling material needs of survival in society, by placing the community at the centre of decision-making and value system. This has been going on since the middle of the 19th century offering a range of egalitarian approaches to practical problems of survival, shaped according to co-operative principles against the capitalist obsession for individual profit. Developing systems, methods and expert knowledges about how to fulfil material needs in communal ways, the co-operative movement offers a range of conceptual and practical tools to help us slowly undo capitalist hegemony. There is so much to learn from it, either for historical reasons, or because it offers us methods that can be immediately implemented in new contexts. Even more so, when we need to distinguish between co-operative approaches genuinely designed for the benefit of the community, and other instances in which such methods have been coopted by capitalist projects as technical knowledge separated from its community-focused principles, in order to serve entrepreneurialism and the generation of individual profit. Genuine co-operative projects and commonly owned infrastructure (which are owned within a communist co-op network) are tangible and permanent assets, that are part of the commons. They are the creation of the commons and provide a solid basis for organising and the reproduction of the movement.

Whether we choose to identify as anti-authoritarian communists, libertarian communists or socialists, anarchists or autonomists, we know one thing for sure: we fully understand how urgent it is to empower our communities to develop forms of organisation against capitalist exploitation which will also give us access to realistic ways of communal existence away from capitalist structures and the flow of capital. Not only is there a wealth of concepts, methods and systems to learn from past and present practices of co-operation, but there are impressive successes to celebrate which, had they not already happened, could only be described as utopian.

In this plenary, co-operative democracy researcher Tristan Laing who has extensive experience in student housing co-ops across the USA and Canada will tell us about some ways in which many successful student housing co-operative projects have strong utopian elements, and share resemblances and sometimes relationships with the intentional communities movement. Mike Shaw, initiator of one of the youngest but most fast growing student housing co-ops on the planet, will share with us the story and secrets of the Edinburgh Student Housing Co-op. Cilla Ross of the Co-operative College will discuss the pioneering Co-operative University project, and the work taking place to build a federation of local education co-operatives undertaking a broad range of formal and informal, teaching and research. And last, but not least, we will hear about the radical work of Cooperativa Integral Catalana on methods of organisation and action that can be implemented in a variety of contexts to protect cooperative and grassroots projects from being dependent on banks and the state.

Texts and videos you could read and watch in advance:

History of the co-operative movement

What is a student housing co-op?

Cooperativa Integral Catalana as a living model of open cooperativism