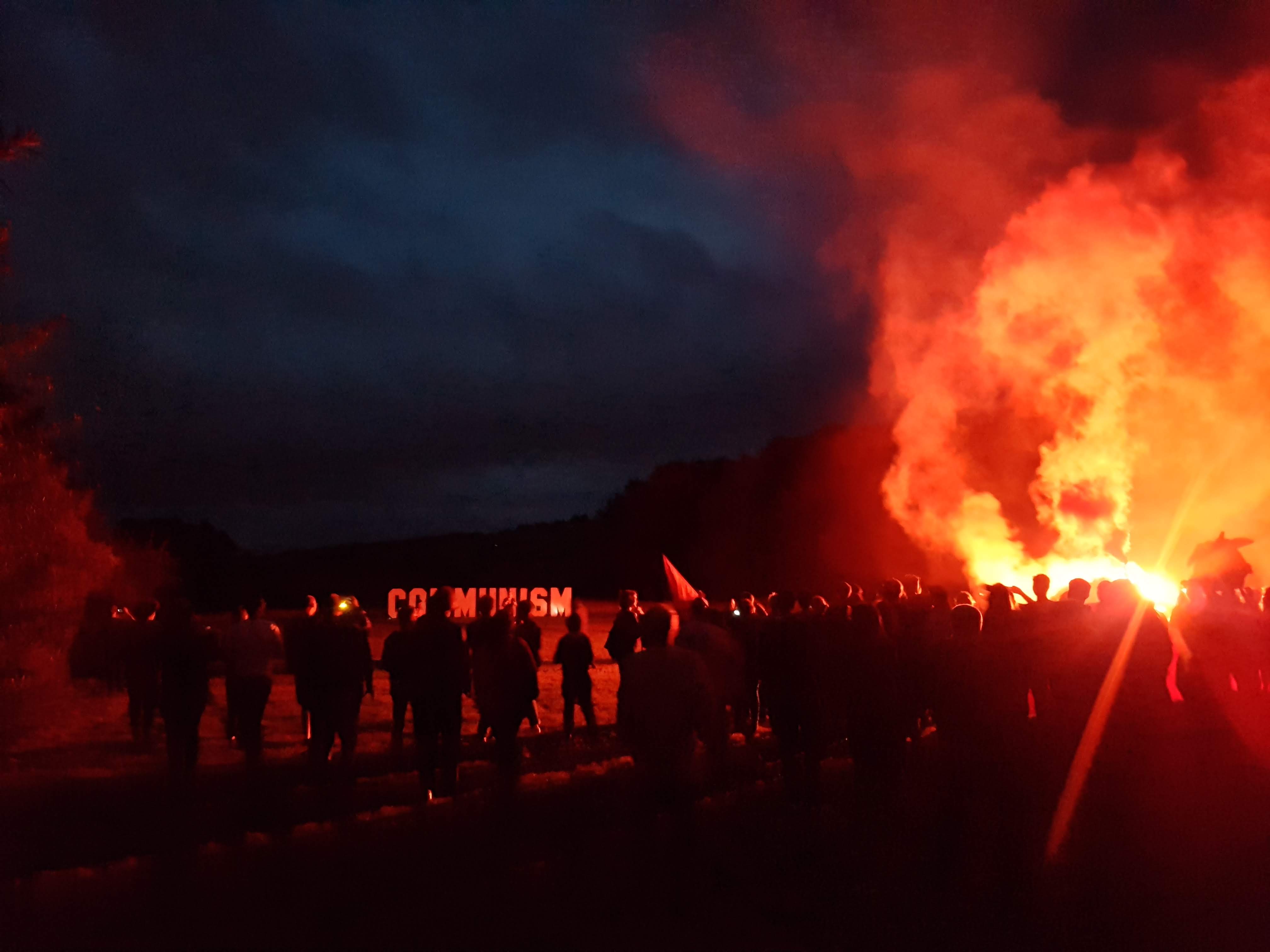 This speech was given at the opening plenary of Fast Forward 2018, ‘Transnational Movements for Autonomy: Lessons & Limitations’. This session discussed the different meanings of autonomy for different movements, whether struggling for autonomy from the State or from Capital, and whether based in cities, rural settings, or whole liberated territories. We first heard from a comrade at the Internationalist Commune of Rojava, who appeared via phone link, and described the current situation in the Democratic Confederation of Northern Syria (Rojava), as well as the importance of democratic autonomy for the Kurdish Freedom Movement. Then we were joined by comrades from the ZAD, again via phone link, who discussed the diversity of autonomist movements and practices in Notre-Dames-des-Landes, their inspiring richness, but also their contradictions and antagonisms. This was brought out again in the next speech, with a Plan C comrade* giving a critique of the ZAD’s limitations, and outlining lessons to be learnt. Finally, we heard from two radical municipalist movements, Massa Critica in Naples and Barcelona en Comú, who presented their movements’ different answers to the question of how to struggle for the right to the city, whether through a solely grassroots focus, building an ecology of urban movements, or deciding, on very specific premises, to enter the institutions while building counterpower in the streets.

It’s fitting in this opening session, as we look over this weekend to make concrete plans towards red horizons of total emancipation for everyone and everything, that we take a transnational perspective.

Because we’re meeting in the tenth year of a global crisis in the capitalist state system, and still the ruling classes have no new hegemony to replace neoliberalism, no new false common sense. We all know the social, political, economic and ecological devastation that neoliberalism has caused, before the crisis and after in the guise of austerity – mass homelessness, precarity, in-work poverty, anxiety – now is the time of monsters.

This is a year looking to be the fourth-hottest on record globally, only beaten by 2017, 2016, and 2015. Wildfires, super storms, and droughts are the new normal across vast stretches of the planet, and only an equally global movement aimed squarely at a radically new political ecology can hope to overcome this. We cannot rely on the ruling classes to prioritise the conditions for life on earth over capital accumulation, a new political ecology must be forced by any means necessary.

This is a year that’s also continued to see rising reaction worldwide, not least here in the UK with the ‘Free Tommy’ mob, a campaign funded and supported by high profile neo-fascists like Steve Bannon. The revolution in northern Syria has come under the long-promised assault of Erdogan, with Afrin, previously the safest part of the country, occupied by the Turkish military and mercenary gangs. Reaction, too, has intensified in spaces meant for our collective emancipation in the form of trans-exclusionary radical feminism, TERFs, or, more simply, transphobes and transmisogynists.

These social, political-economic and ecological challenges aren’t ‘inter’-national issues, hopping between discrete national blocs, they are transnational, they have no respect for nation-state borders, and neither should we.

Because there’s hope too, in inspiring transnational struggles. This year saw a massive grassroots mobilisation that successfully won the Irish referendum on abortion rights. This came after another global mobilisation for the 8th of March women’s strike, increasing year on year: in Spain more than 5 million women walked out, refusing the double exploitation of the home and the workplace, in Istanbul more than 20,000, and thousands more on every continent, including in London where over a 1,000 rallied, and later mobilised for a historic strike of Soho sex workers, taking the streets to join Picturehouse workers’ picket in their ongoing struggle for a living wage.

These all represent a growing transnational movement for women’s bodily autonomy and total gender emancipation for all, demanding healthcare for everyone who needs it; hormones for everyone who wants them; care for everyone; the ability to self-identify genders and not leave patriarchy to do it; access to shelters for all who need them; bread; and roses. The sad rearguard actions like those 38 senators in Argentina who recently denied the voices of the millions-strong legal abortion movement will fall in the end – as Ni Una Menos declared recently – they will respond with more struggle, more organization, more autonomy.

There’s hope also in the US despite reaction taking power there, in the spontaneous grassroots movement that now struggles to abolish ICE and the racism of nation state borders. Hope, too, in the massive statewide mobilisations of teachers in West Virginia, Arizona and Oklahoma, which forced in a few days drastic changes to pay and work conditions that had been stalled in so-called representative institutions for decades. They show us how, when we build collective autonomy to act, our collective counterpower is endless.

And even against reaction there’s hope, with the launch of hipster nazis Generation Identity UK not having gone quite to plan, their conference shut down, their leader now quitting or forced out.

All this should give us hope and strength. These movements show the potential of autonomous, counterpolitical organising. Because we have the right to demand not merely regime change, not only concessions from the ruling class, but the ability to govern ourselves, our communities, and our everyday lives. We should refuse any binary between the political and the economic, between transforming the production and distribution of social wealth and radically democratising the way our society’s organised. And, across the globe, inspiring struggles like those represented in this plenary tonight do just that. Our radical municipalist comrades, Barcelona en Comu, the social movement anchored in the squares and the streets that’s taken over a global city, and Massa Critica in Naples, linking the rich ecology of organisations, social centres, and movements there to reshape the city from the bottom up. There’s the ZAD, with four decades of resistance and autonomy in the face of suppression, winning their victory – Notre Dame de Landes airport will not be built. And, of course, there’s the bright light of the Kurdish Freedom Movement and the revolution in Rojava, building in the face of ISIS and Erdogan’s fascism, a gender-liberated, direct democratic, participatory, and ecological society.

These movements show us different roads towards the red horizon of total libertarian and communist emancipation for everyone and everything. So it’s fitting, as we look over the next days to plot, laugh and dance together, that we begin with their inspiring examples, both to learn lessons and to see limitations, and explore how our emerging struggles can meaningfully intersect with theirs.