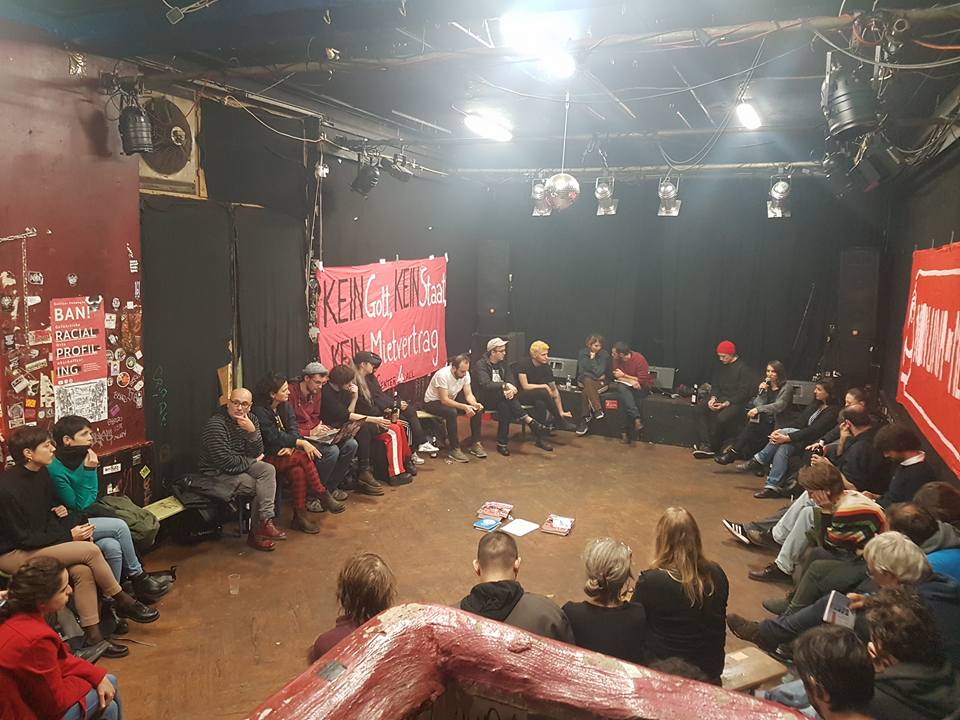 As capitalism becomes more aggressive, contradictions intensify. We live in a world where authoritarian governments see national borders as a tool of control. Communities get either trapped inside or forcefully expelled, and this has financial repercussions, profit for the few, austerity for the many. Underneath all this violence, the concept of “national” becomes increasingly irrelevant in any context other than a growing fascism. The world operates globally, not nationally. An example of this is corporations of the Amazon type. In these conditions, what is the role of the international radical left? The necessity for methods and tactics that allow resistance across borders is paramount. The work of Beyond Europe (BE) network and Transnational Social Strike (TSS) platform will be discussed in this session as key examples of different approaches to transnational organising. BE focuses on standing against authoritarianism and all forms of oppression that come with it. TSS focuses on labour struggles and the mechanics of strikes which are both socialised and transnational.

The second half of the session will be an open discussion with attendees to try to pin down together the idiosyncrasies of transnational organising, and how to approach them.