In 1930, considering the possibilities of 2030, the liberal economist J.M. Keynes expected that

“man [sic] will be faced with his real, his permanent problem – how to use his freedom from pressing economic cares, how to occupy the leisure, which science and compound interest will have won for him, to live wisely and agreeably and well.”

Despite bounding leaps in productivity, as we enter the second decade of the 21st century the pressing economic cares of perpetually disagreeable wage labour retain their grip on human life.

Keynes’ visionary excitement about the future possibilities of humanity has abandoned public discourse. Whenever the crisis is discussed, we hear the same miserable demands for work or jobs, and the same dull promises mouthed by politicians, think tanks and trade unions. “The future must work” they insist, wistfully condemning future generations to endless drudgery. Meanwhile, the short sighted focus remains on the mischief of highrolling ‘banksters’ and vicious, bovine politicians. But, the indisputable depravity of these individuals aside, they are the ugly symptoms of this crisis, and not its cause. At the root of the present impasse is a profound crisis of the activity which structures both the intimate details of our everyday lives and the system of production and distribution which governs the world’s economies: work.

Soaring production hasn’t liberated us from work. It has made our lives more insecure, more precarious – balanced on the slippery brink of temporary contracts and suspended above an abyss of psychological and financial torment at the hands of the jobcentre. As technological innovation and global economic integration have transformed the global economy, here in the global North, unemployment has burgeoned, and wages have stagnated or fallen. To mask this crisis, work is “created”, or at least allowed to continue existing despite the possibility of its elimination by automation: witness the silent life-sapping of millions of office workers sitting quietly at their screens playing Solitaire in between bouts of frenzied management-driven target-filling activity which they know is pointless. Or the online order fulfilment warehouse ‘pickers’ toiling away filling trolleys in the middle of the night, because human labour is for now cheaper than the cost of automation. But this ‘solution’, the preservation and perpetuation of mind-numbing busywork, is unsustainable. Soon enough, the machine will prove cheaper, more reliable and more efficient than the human drudge – whatever the hue of their collar. Human activity – whether manual or intellectual – is quantified, broken down into its constituent gestures, digitised, mechanised. The brave innovation of workfare may slow this process, but it will not be stopped.

The government’s ‘Plan A’ is to ‘make work pay’ by attacking the social security programmes which enable us to survive in an increasingly workless economy, and demanding that we become ever more ‘flexible’; that is, contort our lives ever more painfully to the demands of work. Whilst those of us without work struggle, under the constant and increasingly savage threat of punishment by destitution, to find any kind of work, those with employment struggle to make ends meet, as the rising price of food, fuel and rent make a mockery of our wages. Meanwhile payday loan companies flourish in the boarded-up ruins of our high streets. We work longer hours for insult-wages, smiling peppily throughout the workday, before returning to homes we struggle to afford, piles of domestic chores we struggle to have the time for, and loved ones we struggle to have the energy for after the gruelling emotional labour of smiling at punters and not punching our bosses all day. The gains of feminism have secured for women the right to underpaid, insecure, undervalued care and service work in the day, before a second shift at home doing all the work of a housewife on the evenings and weekends. Moreover, as the cuts scythe through the public sector, increasingly the burden of care work (childcare, care of the elderly, nursing, even education) which is cast out of the public realm and made the private problem of overworked, unpaid, usually female individuals. 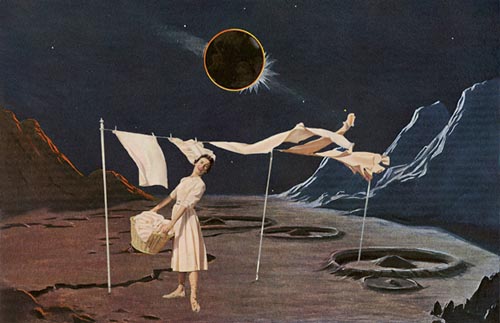 Our only means of survival, our only access to the things we need and desire, is waged work. Yet work has always been a means of survival contingent on the caprice of profit; during recession after depression after slump, millions are ‘made redundant’ and cast into poverty. What is different about our present situation is that the upturn does not materialise. We are seven grinding years into this crisis, and the cycle appears to have slowed to a halt; or rather, it has spun out of the ordinary calendar of capitalist boom and bust and into a strange new normality of stagnation–crisis. Heralded recoveries are pale, fragile and jobless. Austerity, meanwhile, unfurls ever further into the future, and entrenches itself as a political consensus unlikely to be ousted whichever blank-eyed career boys stumble into office at the next election. Work, as our means of survival, isn’t working. Things need to change, and to change fundamentally.

So what are the alternatives? Despite the increasingly desperate cries of some commentators we can’t go backwards to a halcyon ‘Plan B’ of full employment, where final demand (the amount people buy, hence the amount of profit companies can make from consumption) is pumped by rising household wages. This deal, which characterised the post-war period, was predicated on the universalisation of work; a historically specific state of affairs that has been rendered obsolete by automation. It is impossible, unnecessary and most urgently of all undesirable that we rearrange things such that everyone can savour the bracing charm of a 40-hour work week. 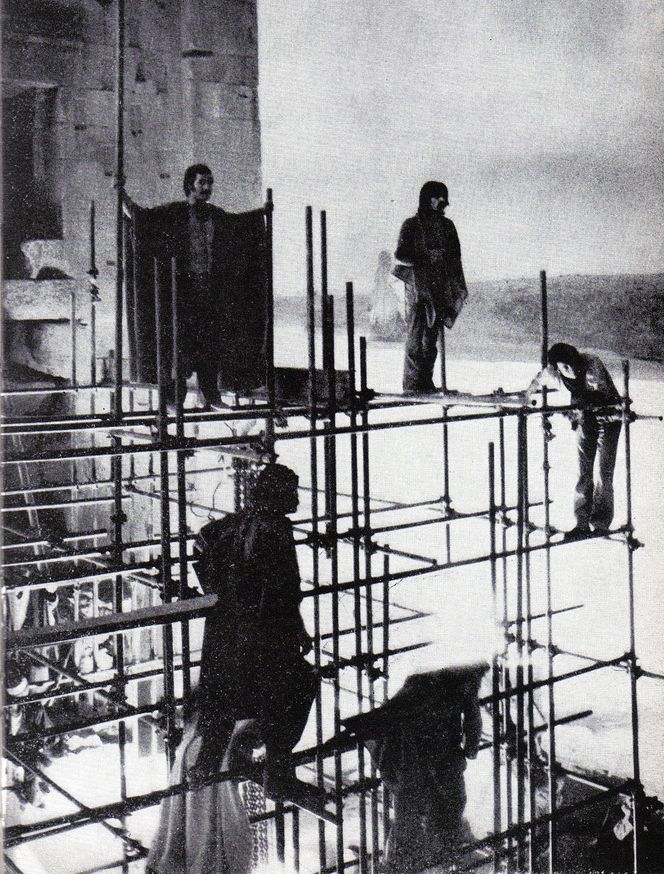 The inevitable failure of Plan A and Plan B demand that we begin to construct Plan C; or, much better, several Plan Cs. We want to incite processes that move from an ethics against work (which can at times stagnate into a stultifying dropout-ism) and towards an active politics beyond work. This implies a fundamental transformation of our relationship to productive activity and resource distribution – so we don’t have a blueprint. But we do see demands and struggles for a shorter working week, an unconditional and universal basic income, and the fight to defend and improve our social wage (i.e. the free payments and services we receive from the state) as indicative of ways to move beyond the current domination of the world and human life by the chokehold of work. We want to instigate and amplify politics which don’t just react to mutations in capitalism but create them, whilst challenging the logic of solutions to foster economic growth, and attacking the necromantic solutions which attempt to pump ever-more human gore into the zomboid maw of the work economy through the creation of unnecessary underpaid and (more recently) unpaid work. For us, an anti-work politics challenges the dead rhetoric of both the right and the left that calls for a return to full employment, along with the fever-dream of recovery.

An anti-work politics is not a rejection of productive activity. On the contrary, we hate work because it precludes the possibility of meaningful, creative work to produce beautiful and useful things. An anti-work politics is a springboard from which we may begin to rethink the basis of the activity of our lives, and boldly imagine a form of life not stunted under the grinding heel of the wage relation and the vampiric demand for profit, but enlivened by the pursuit of human flourishing.

We see many fellow travellers already working on these ideas; some familiar groups from within the radical Left, and others from more unusual places. We want to initiate our offensive on the work society through loud, public interventions in a variety of media (expect us to produce texts, readers and short films), as well as engaging with other groups working around this issue. If you’d like to get involved with our project, have skills to offer or are involved in something similar and think we should talk, then please get in touch. 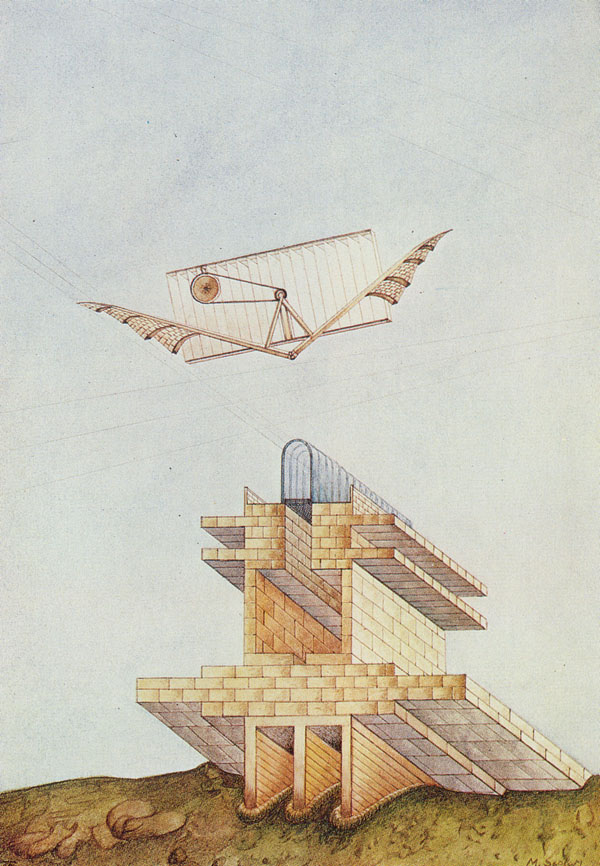