What is value-form critique, and why does it matter?

For a general introduction to the economic themes discussed below please see our self-education module, (Anti-)Capitalist Economics 101

From its very opening chapters, Marx’s Capital is concerned with the analysis of commodity value. Here Marx examines exactly why and how it is that, under capitalism, entirely separate objects with completely different uses are, as commodities, able to to equate and relate to each other on the market and in our lives. These commodities are products of human labour that are useful to us. Equally – and uniquely to capitalist society – they are objects produced with the express intention that they are to be exchanged in the market. By definition, a product that cannot be exchanged is not a commodity. As such, it is the market and the pursuit of exchange that commands which objects will be produced and distributed in society, and which will not. This market based circuit of production, exchange and consumption of commodities is essential to capitalist social relations.

In capitalist society, any and every commodity can be made equivalent to any other in various proportions, not by a physical relationship, but because each can represent the other as a commodity value. For example, a new smartphone might be equivalent to 500 yards of linen, with each equivalent to £400.00. The commodity’s value is realised in the act of exchange, and it is only in having related one commodity to another that we can discern its value as a commodity. As Marx observes, the various magnitudes of these values is contingent on the labour required in the production of each. A commodity that can be, on average, produced with a smaller amount of labour-power will obtain a proportionally smaller value than a commodity requiring a greater amount of labour-power for its production. The exchange of commodities as values is foundational to the pursuit of the accumulation of capital.

What exactly is capital? It is self-valorising value. Value in the form of money is invested in the production of new commodities. Once these commodities are sold as values, and once the costs of production and the wages for labour are accounted for, surplus value and profit is extracted by the capitalist. The initial input of capital has been valorised, it is increased, ready to be put back into production once more. If, however, an amount of capital would be removed from the valorisation process, it would not ‘stand still’, rather it would in effect devalue as the economy around it continues to expand without it.

Accordingly, under capitalism – from our humble savings account to our pensions, up to the behemothic financial institutions of the City of London and elsewhere – money and capital are inescapably locked into the cyclical and ever-expanding process of valorisation and capital accumulation. The competitive pressure to accumulate makes this growth cycle automatic and unceasing. Individual capitals can have themselves little agency within the process; they can either pursue valorisation where and however it is available, or simply stand aside for their rival to take their place. Valorisation will occur with or without them. Furthermore, unlike the industrialist of the 19th Century, today’s capitalist need never step foot anywhere near a factory, but they must invest. Whether through direct investment venture, hedge funds, stock markets, or simply when deposited in a bank account to be deployed elsewhere by the bank, capital cannot stand still, it is permanently locked into the valorisation process. But the longer this process of expansion continues, the more unstable, unequal and crisis-prone the whole system becomes.

Today, the economy is financialised, meaning that it is based on debt. Debt is a claim on future action. As such, value creation in a financialised economy is contingent on labour and production in the exact same way that it ever was, only now it is created in the promise of future labour yet to be performed, rather than that of labour already performed in the past. The financialisation of the economy is not simply an unfortunate mistake or a detour from an otherwise stable capitalist system, as some centre-left economists might content. They would forget that capital accumulation is bound to unceasing growth. As such, the expansion of production and consumption must inevitably and always find new territory to colonise and new populations to exploit. When these expansions begin to reach their physical and spatial limits, it becomes a necessity for capital to colonise the future itself, creating value through the debt of future labour as represented in the ‘fictitious capital’ of credit, bonds, derivatives, and other financial instruments.

Early political and militant interpretations of Marx’s economics tended to focus primarily on the dynamic existing between capital and labour. As Marx observes, capital means to exploit ever more labour-power from labour by paying fewer wages to the worker for longer hours performed. With labour being the creator of both the usefulness of commodities and of their subsequent values as commodities, Marx’s writing became central to the workers’ movement and to the class struggle to wrest control of production away from the capitalist class and into the hands of labour.

Nonetheless, if we are to critically examine the totality of the capitalist system and its limits, the workplace dynamic between labour and capital can only be a part of the picture. The struggle between labour and capital is necessarily a struggle within the system, concerned primarily with the arena of commodity production, and less with the subsequent stages of commodity distribution and consumption. Moreover, this critical focus on production and exploitation in the workplace had brought with it a tendency to favour a substantialist understanding of value, which collapsed the distinction between the material body of the commodity and its value. But essential to the critique of the capitalist system in its totality is a proper understanding of the abstract nature of value.

Let’s take then, for example, a coat. It keeps us warm and dry, it can be held and touched. Its value as a commodity however, cannot be touched or held, it is immaterial. As Marx put it, ‘Not an atom of matter enters into the objectivity of commodities as values; in this it is the direct opposite of the coarsely sensuous objectivity of commodities as physical objects.’ The commodity value that the coat has come to represent, then, is a socialised abstraction that exists only within a society in which exchange and the market has become the means of the distribution of its products. Not physical or material, value only takes objective form in effect through the interactions of the members of that society. In the exchange and consumption of the items of production, human social relations give real consequence to the abstraction that underlies value. In turn, the character of those social relations are themselves conditioned and determined by the abstraction.

In this way, under capitalism, our actions, behaviours and experiences are mediated entirely, not only by production but equally by the market and the capitalist mode of distribution and consumption. Our personal reproduction is affected accordingly. For example, from the beginnings of industrialisation, the provision of housework in the private sphere became gendered and unwaged, existing solely in order to successfully reproduce the waged, value producing worker.

Despite the technological advancements that have been seen since industrialisation – from automation to the internet – human need still remains unmet so often. From homelessness in our cities to the neocolonial exploitation of the Global South, a pattern of ever increasing wealth disparity occurs at both local and global scales. The primacy for the market is not to achieve the provision of human need; rather, the logic of accumulation demands only the inescapable and mechanical perpetuation of valorisation for its own sake, concentrating ever more centralised wealth into ever fewer hands. The more this process continues, the more it reaches its physical and environmental limits. The longer the cycle continues, the more its extractivism ravages the planet, the more urgently it exacerbates the climate crisis.

Under capitalism, wealth and consequently power need not take material form, need not exist as hordes of plundered goods as it might have once for some feudal lord. Instead, wealth can be realised in the money form of value and – as exemplified by the massive wealth centralisation seen in today’s multi-industry hyper-corporations – consolidated into ever fewer hands in the ongoing cycle of accumulation. For Marx, for the immaterial to dominate the material like this – for capital accumulation to hold primacy over the direct pursuit of human need – it is an irrational fetishism analogous to religious myth where, ‘the products of the human brain appear as autonomous figures…which enter into relations both with each other and with the human race’. Resting upon this commodity fetishism are all the hierarchies of power and domination inherent to capitalist society and its institutions.

Ongoing debates around value-form theory have in recent decades refocused critical discussion towards the significance of this fetishism. Advancing contemporary critiques of value and its centrality to capitalist social relations, thinkers such as Roswitha Scholz or Michael Heinrich have returned to and re-evaluated Marx’s economics undogmatically, renewing its utility for anti-capitalist struggle today. Benefiting from the historicising of the successes and failures of the various 20th Century movements that claimed themselves Marxist, and from the emergence of Marx’s previously unavailable notebooks on political economy, the Grundrisse, contemporary analysis can work to recalibrate the revolutionary problematic as it stands for us in struggle today. Indeed, it is through the ruthless critique of the structural mechanics of the capitalist system and its regime of value that we might hope to find cracks and moments of rupture in the spatial and social totality that it otherwise proposes. To move beyond capitalism is to abolish the value-form.

The volumes of Marx’s Capital (I, II, III) remain, as does the Grundrisse, fundamental texts to the discussion of value, and there is no shortcut other than reading them. Nonetheless, Michael Heinrich’s Introduction to the Three Volumes is excellent as both synopsis and analysis.

Michael Heinrich
Capital and Crisis: Actuality of Marx’s Critique of Political Economy in the 21st Century

Norbert Trenkle
Why the Communist Manifesto is Obsolete

Norbert Trenkle
Workout: The Crisis of Labour and the Limits of Capitalist Society

Ingo Stützle
How Unscientific is the Labor Theory of Value?

Michael Heinrich
Crisis Theory, the Law of the Tendency of the Profit Rate to Fall, and Marx’s Studies in the 1870s

Roswitha Scholz
Patriarchy and Commodity Society: Gender Without the Body

Mediations Journal
Marxism and the Critique of Value

I I Rubin
Essays on Marx’s Theory of Value 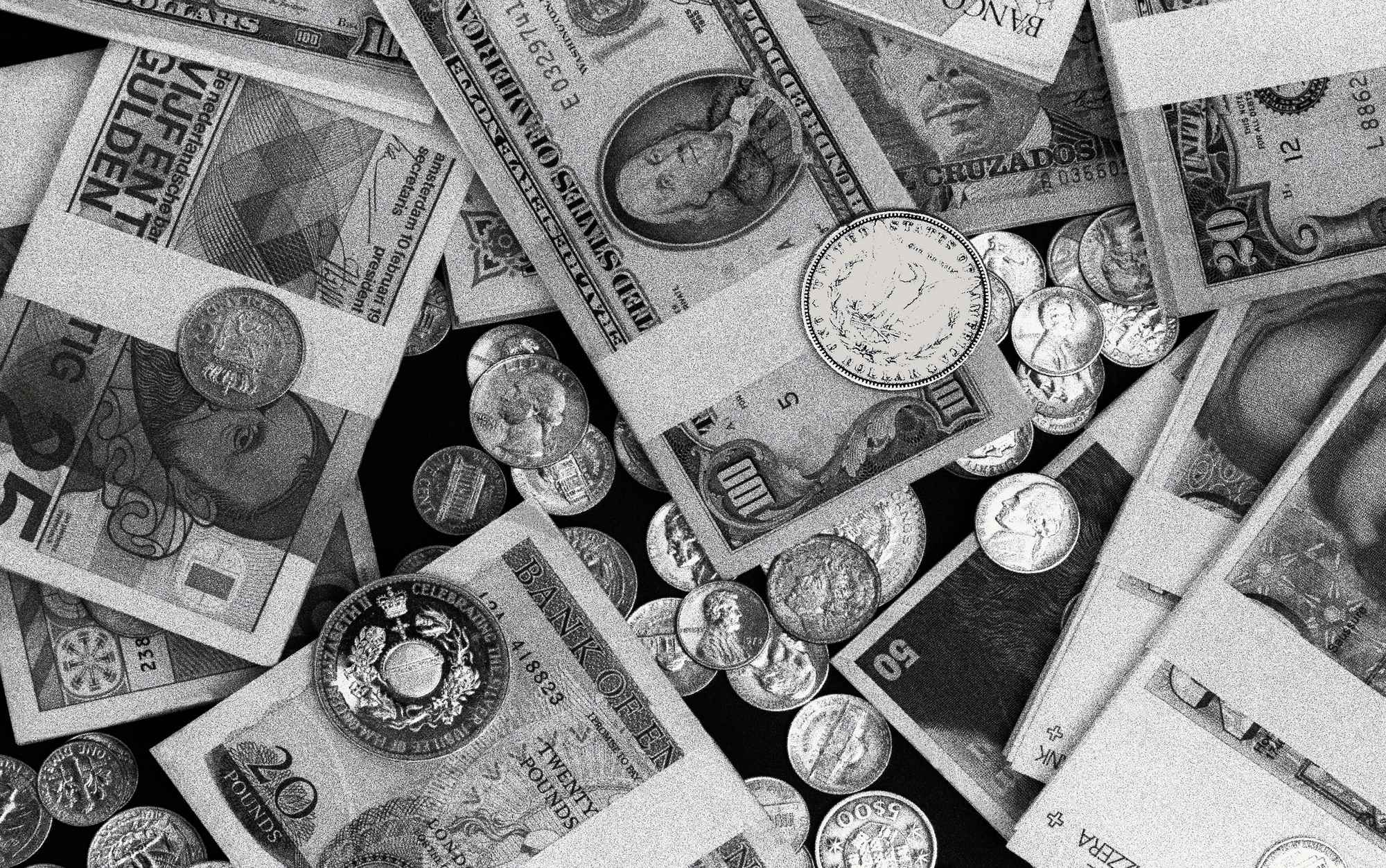