We might know we live in a political and economic system called capitalism, and we might know this system is fcked, but how does it actually work? Most importantly, how can we effectively criticise capitalism’s mechanics so that they may be overcome and replaced with a free and equal society?

In this module we give an introduction to anti-capitalist economics, or, to put it in better terms: the radical Left critique of capitalism. The work of Karl Marx still lays the foundation, especially the three volumes of Capital, but there are plenty of other ways to equip yourself with an effective and critical understanding without wading through these dense texts – and, of course, there have also been lots of important developments since Marx’s day as people have built on his critique. Capitalism itself has also changed since Marx was writing, and the form it takes today is not the same as the 19th Century, so anti-capitalist economics has had to adjust with it.

Yet the fundamentals remain the same: capitalism is a system built on the often brutal exploitation of labour and the reckless extraction of finite natural resources. It is labour that produces value, and, when realised through exchange and consumption, it is labour-derived value that forms the source of profits. A portion of these profits go to the capitalist class to spend as they want, but a certain amount has to go back into production, to start the whole cycle again in an endless spiral of accumulation for accumulation’s sake. This perpetual growth and the corresponding expansion of markets locks the capitalist system into a spiral of ever-increasing wealth disparity and the consolidation of evermore hierarchical social relations.

Although Capital depends on our labour – either the time stolen from us during waged work or the unpaid work we do to reproduce ourselves – its dynamics and movements operate outside our control and stand opposed to our interests. Instead, it works for the benefit of those who own and control the infrastructure of production, be that factories, call centres, care homes, delivery apps, or financial institutions. In other words, it is a system of class domination. We need look no further than the current Covid crisis, where the state is nakedly prioritising the continuation of capital accumulation over and above our physical and mental health, to see this domination in action. State policy is directed towards maintaining the same cycles of production and consumption that now force us to back to work in unsafe conditions, and ask us only to socialise in spaces where money is spent and profit realised.

The system depends on such domination and exploitation for the production of commodities and the circulation of capital. Under capitalism, production is not driven by the usefulness of the objects it creates, rather, its inherent mechanisms of competition permit individual capitals to produce only those items that best realise profit, or else go bust. Take housing for example, a house is used for living in, for resting, sleeping, etc, but under the logic of the market, these uses become secondary to the profit motive of capital investment, to the point where houses might remain empty for years while homelessness skyrockets, solely because such manipulations enable increased extraction of profit.

Sometimes modern capitalism, with its behemothic financial institutions, seems like a permanent fixture of our world. But things haven’t always been this way: capitalism had a beginning, a particular historical development, and it will surely have an end too. In truth, as a mode of production it is ridden with irrationalities, inefficiencies and internal contradictions. The whole system is inherently unstable, constantly falling into crisis, and its very existence completely dependent on the compliance of those most exploited by it. Understanding the way capitalism functions, its contradictions and the fundamental class antagonisms at the heart of its social relations is essential in the struggle to overcome it. As we enter a new period of crisis this will be more important than ever. 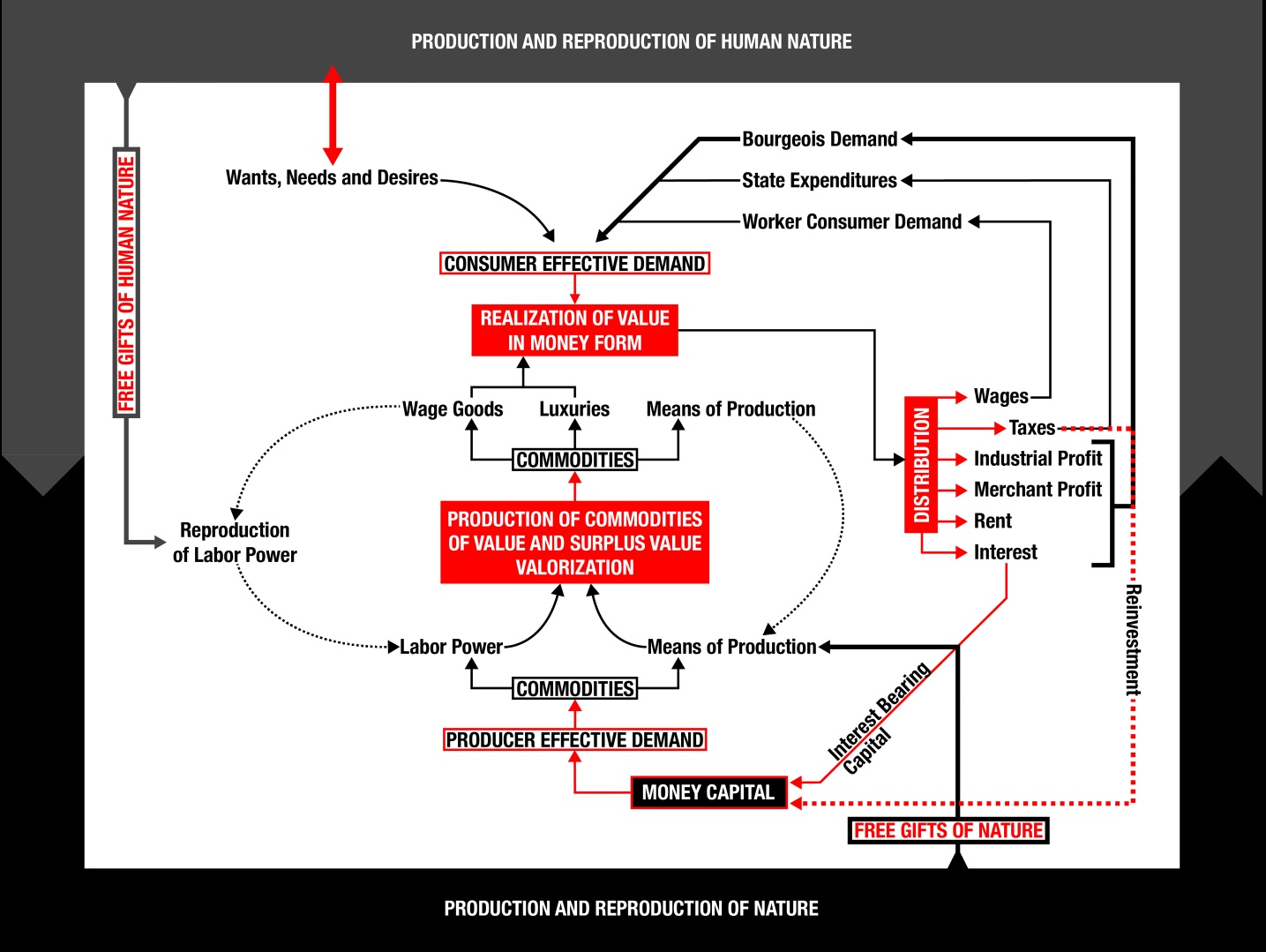